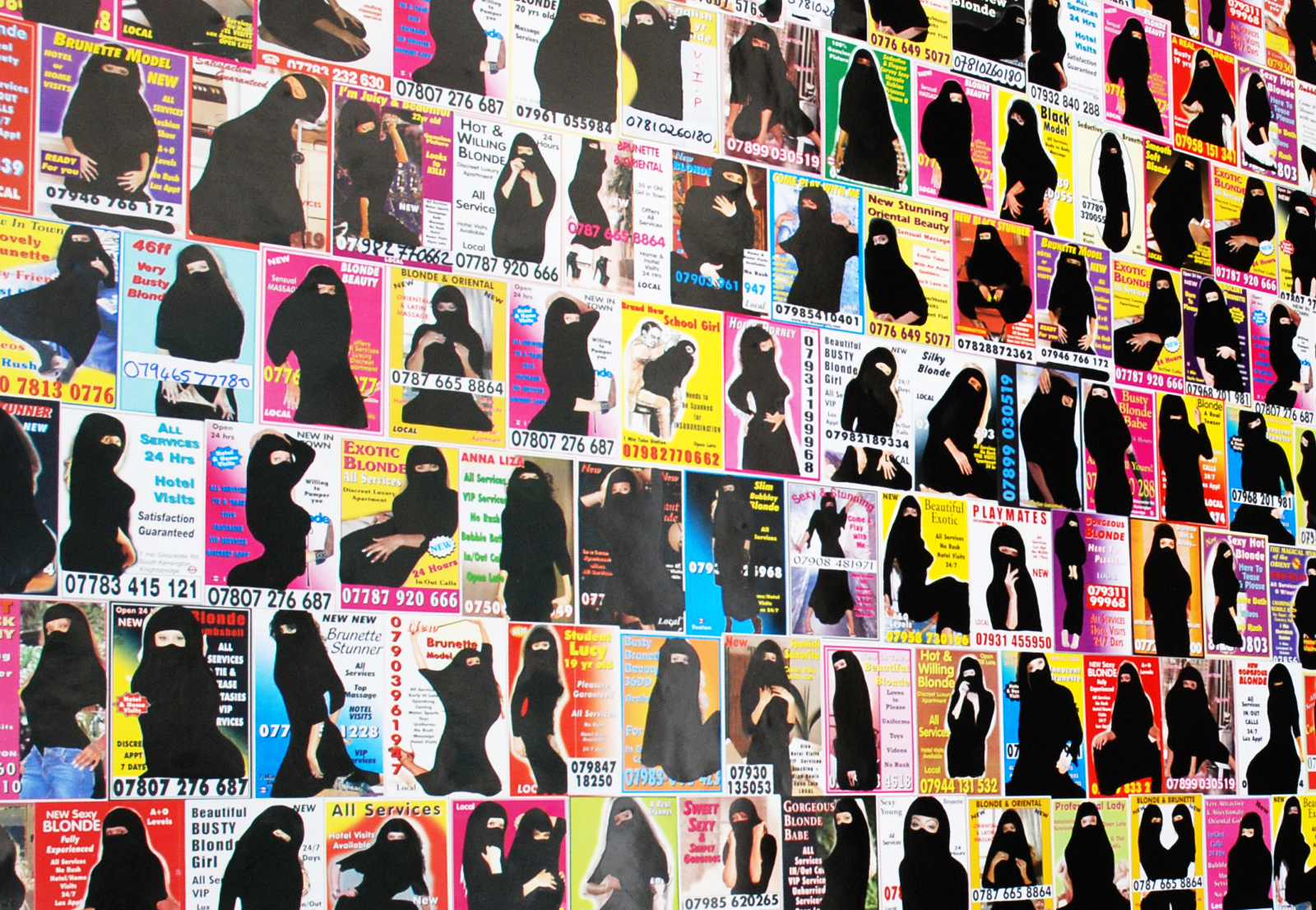 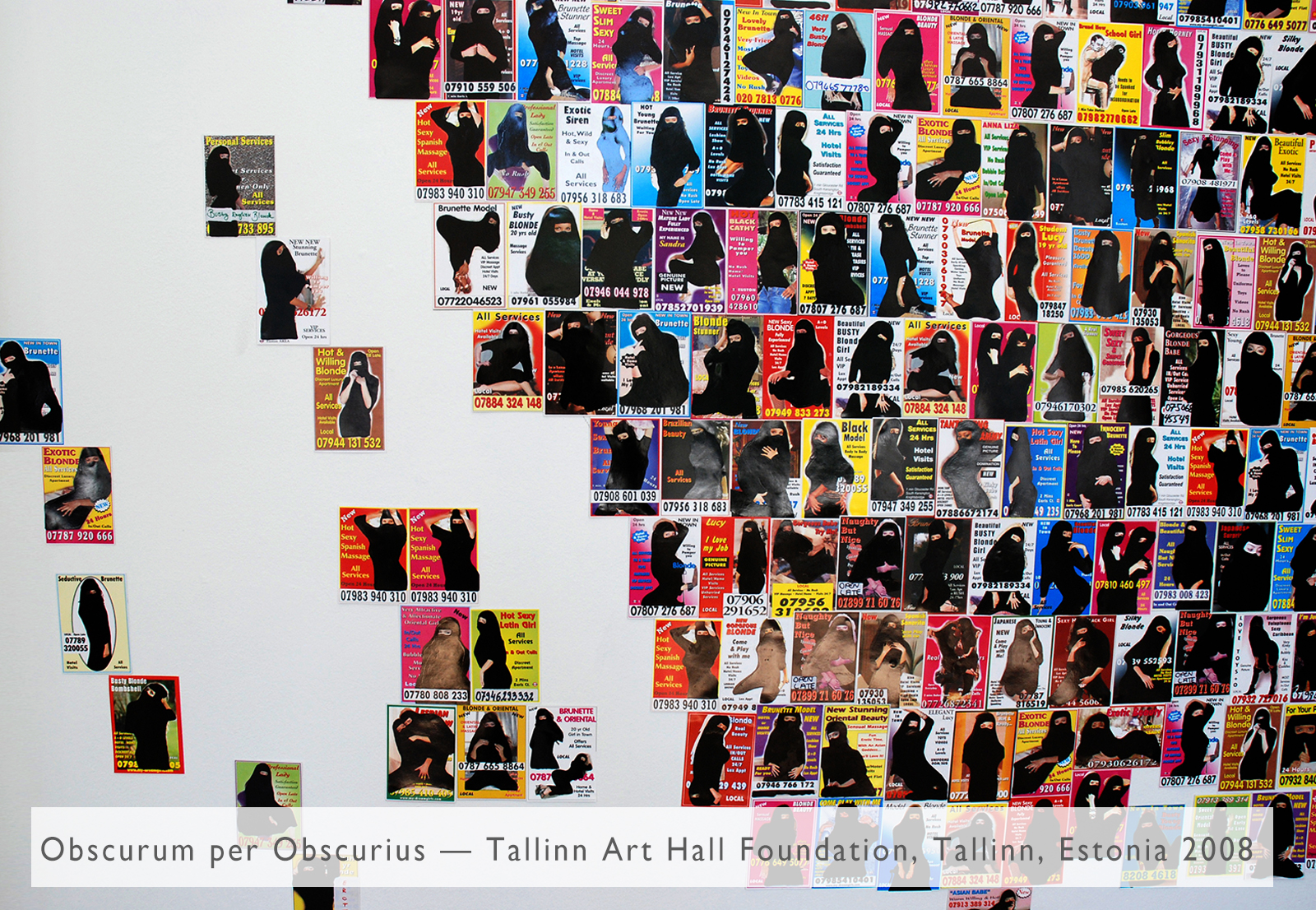 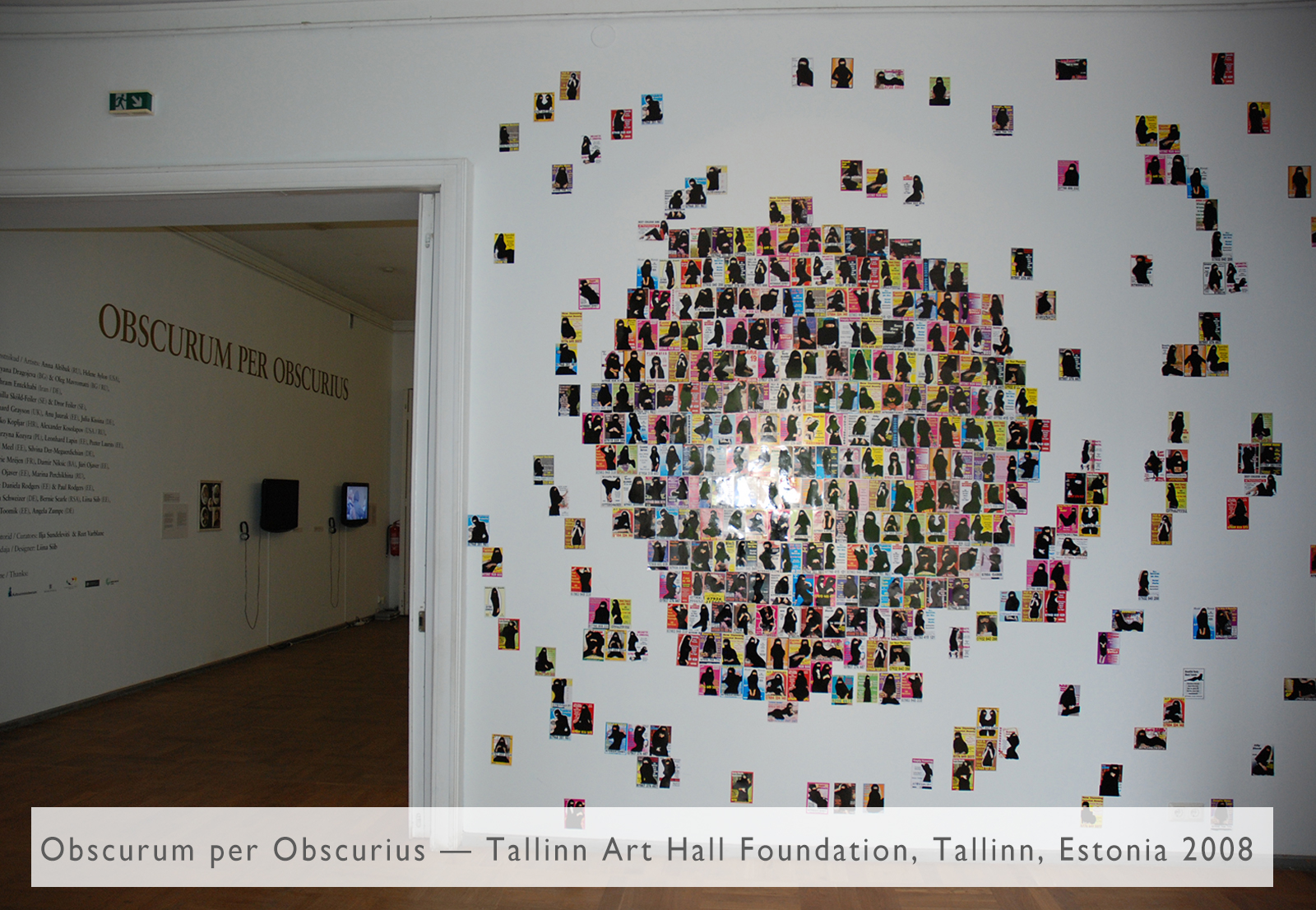 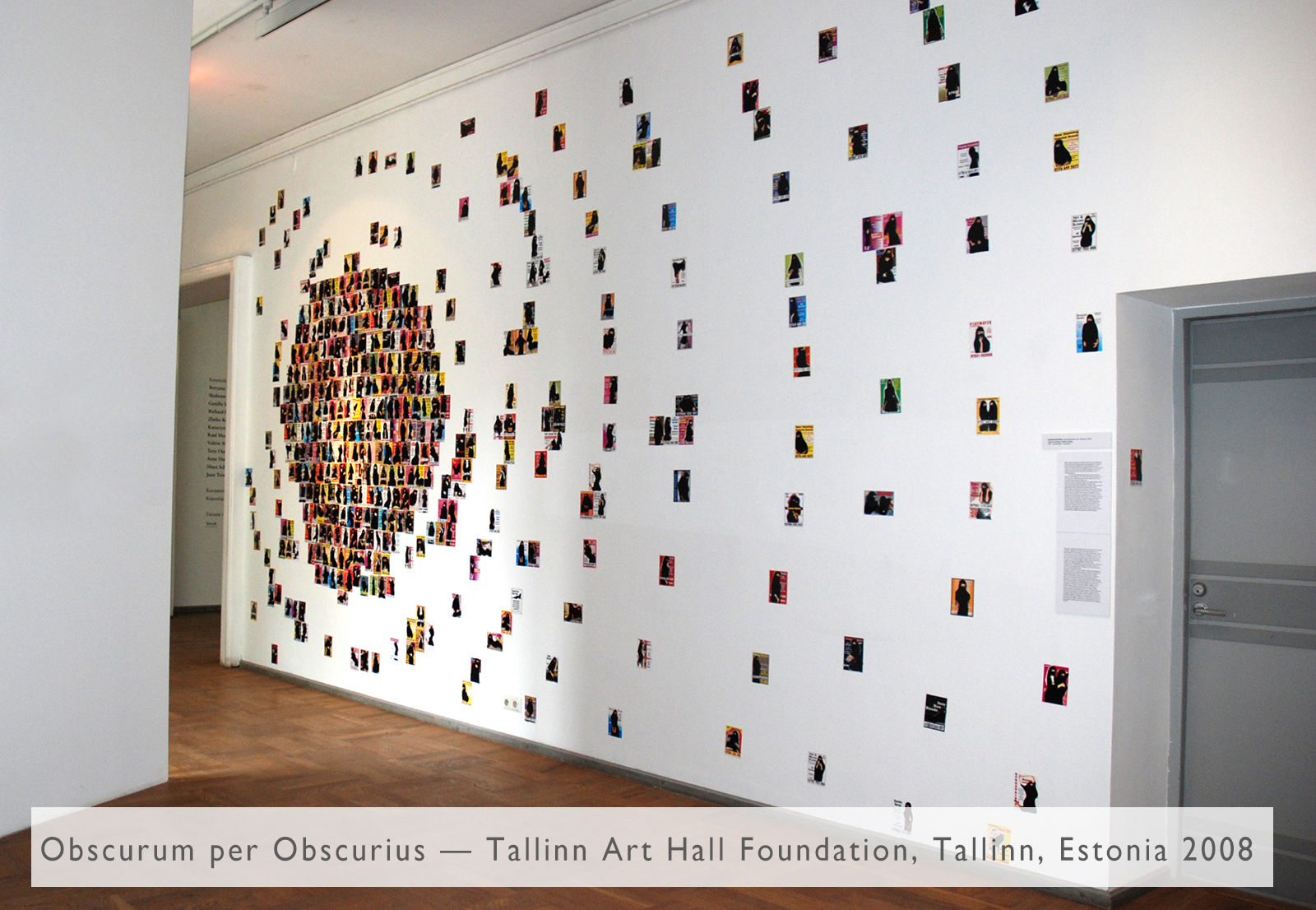 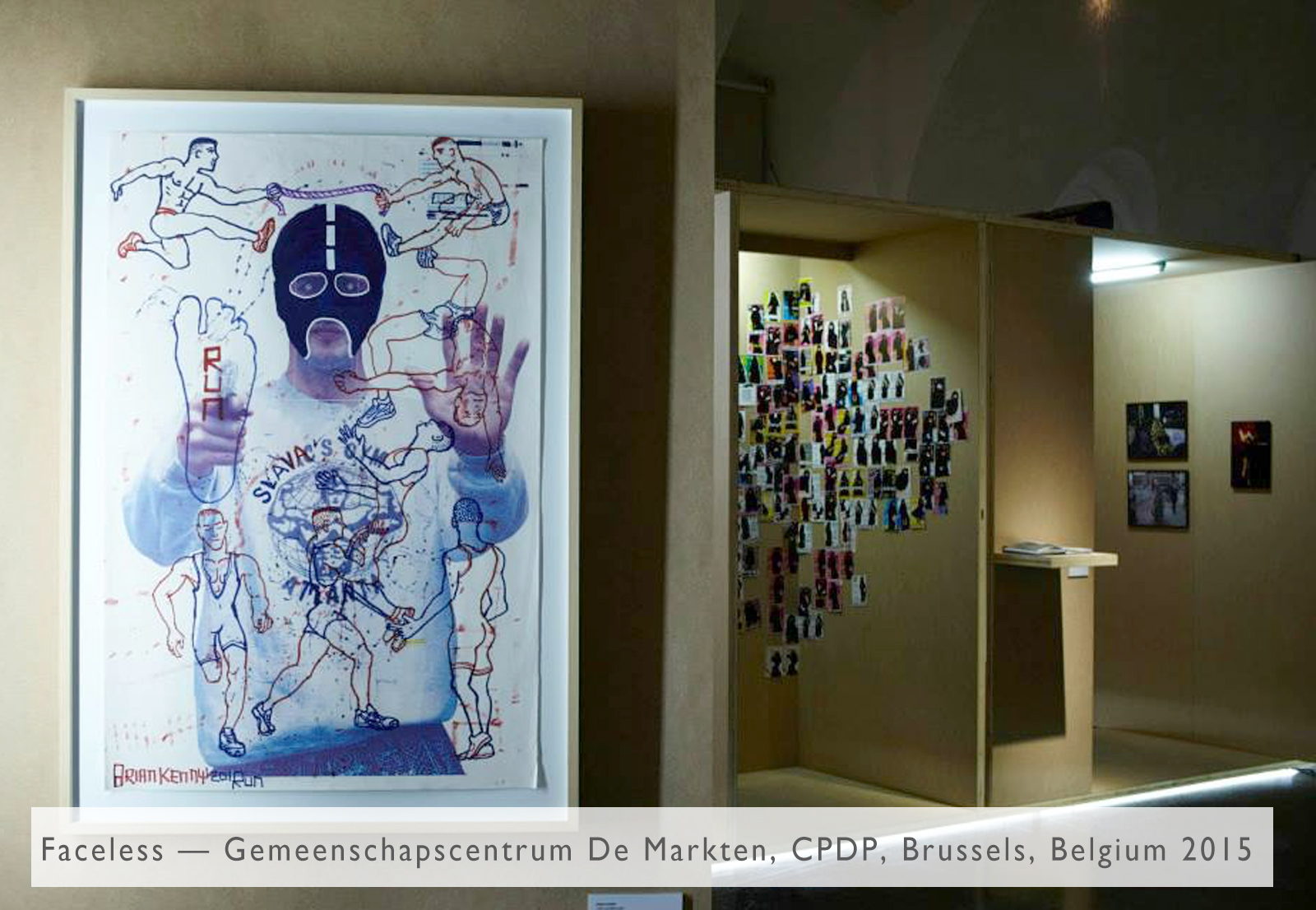 The work Islamic Carding by Iranian artist Shahram Entekhabi juxtaposes within a single image two seemingly irreconcilable aesthetic and ethical regimes – that of Western and Islamic culture. The former is afraid of anything that refuses to show itself; the latter of what might be revealed when it happens. The critique of the burqa is typically articulated in terms of women’s rights, violated by a backward religious doctrine. Yet without wanting to replace this explanation, an alternative hypothesis (explaining our unease with the burqa-phenomenon) is left unaddressed – the tendency of the West to perpetually ‘prepare’ all objects for their incessant circulation and subsequent consumption on the basis of a founding transparency that makes them structurally available and ‘gives them away’ in a manner (ironically) similar to the actual giving away of women in those very backward cultures. “All services 24 Hrs”.
Frank Schallmaier – Detail from “Flash”

Since 2001, Shahram Entekhabi covers all female heads and bodies in fashion magazines, on Persian miniatures, postcards or in advertisements with the black veil to sensitise the Western viewer to the practical use of the tchador as an ominipresent element of the every-day in his home-country Iran. Ironically, he refers at the same time to the common practice during the time of the Islamic revolution in Iran when the religious leaders censored books and magazines through covering images of female bodiesThe practice of placing prostitutes cards in phone boxes is known as 'carding' and it is a particularly English phenomenon specific to London and the seaside resorts of Brighton and Hove where they serve a flourishing tourist trade.
Entekhabi "dresses" the erotic models in the black modest garb of the Muslim woman and drapes their faces with the veil which is an inseparable part of the outfit. For Muslim society, a woman's religion and definition is tied by an umbilical cord to traditional dress, which lends the Muslim woman a particularly glaring appearance on European streets. Above all, these clothes indicate the difficult meeting of the assimilated culture into the assimilating culture of the Europeans, who view this garb as a symbol of the subjugation of women in the name of religion. Religious zeal is linked in Western minds to fear of terrorism, and so hiding a woman's face becomes a genuine threat. For Muslims being assimilated into a new society whose values are radically different, traditional dress represents maintaining their religious values. Through covering the naked bodies of female models on the cards, Entekhabi combines two different "understandings" of the female body: the naked body of the female in a Western context indicates the woman as an object "ready for use", while the Muslim cultures totally hide the female body in an act of appropriation for religious reasons.