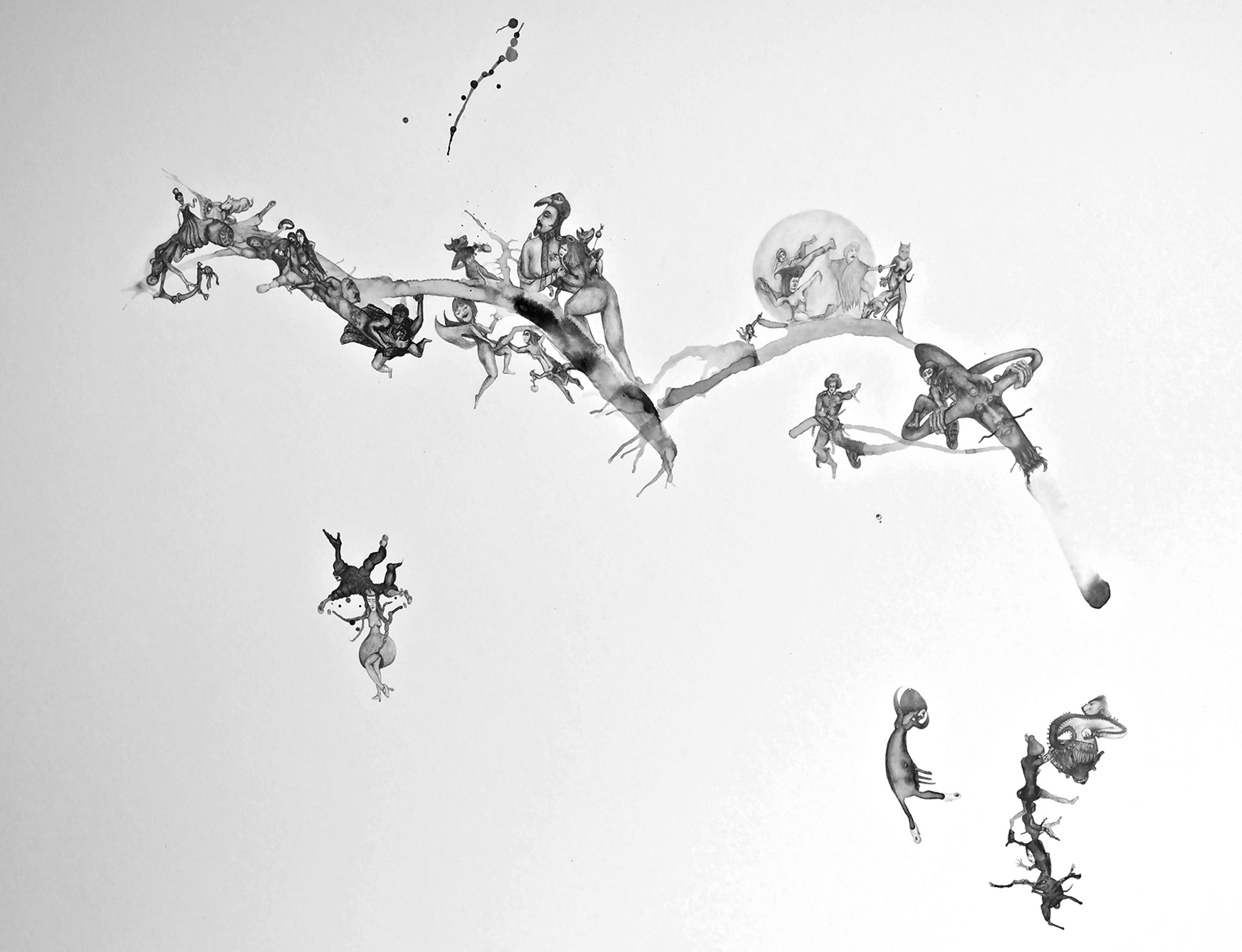 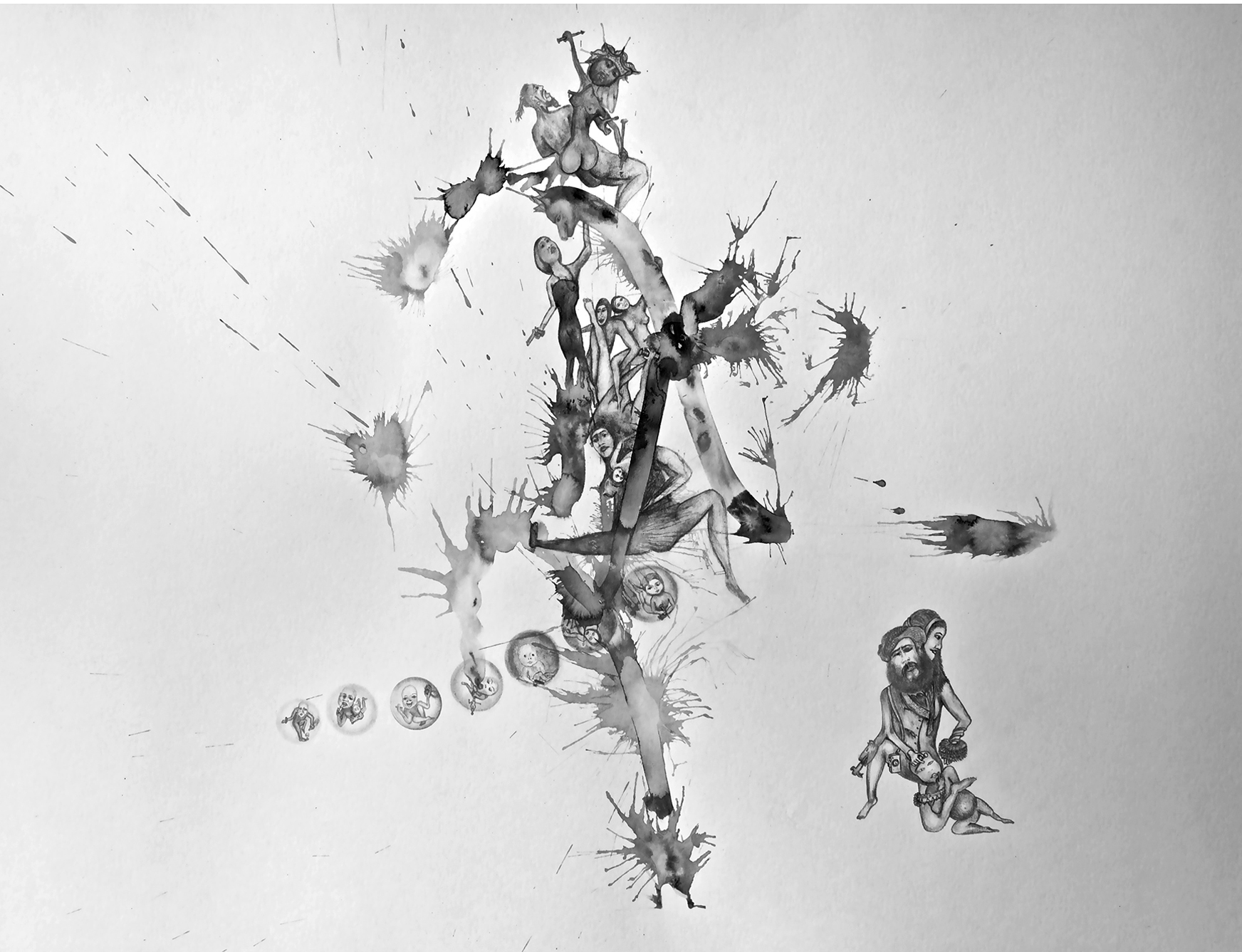 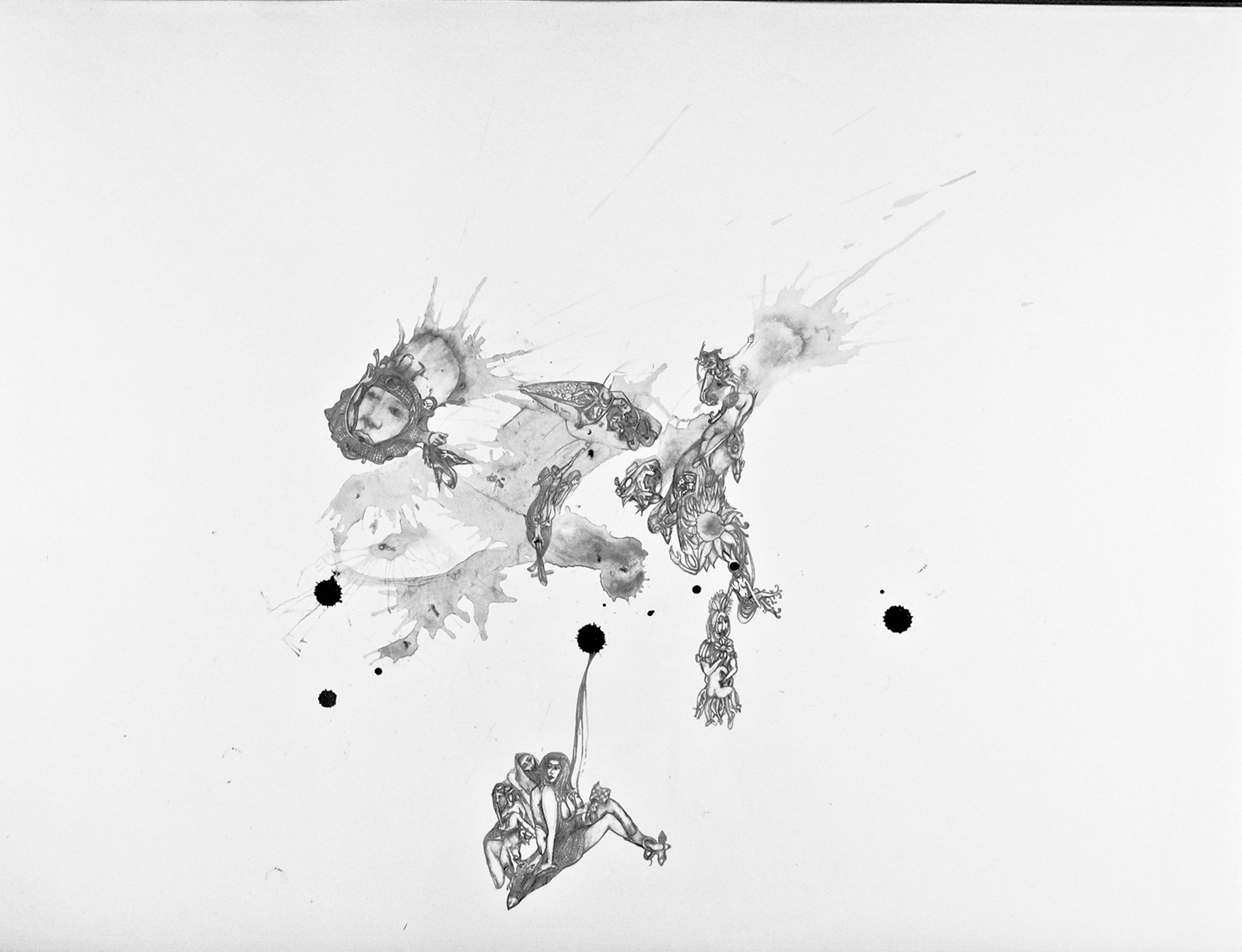 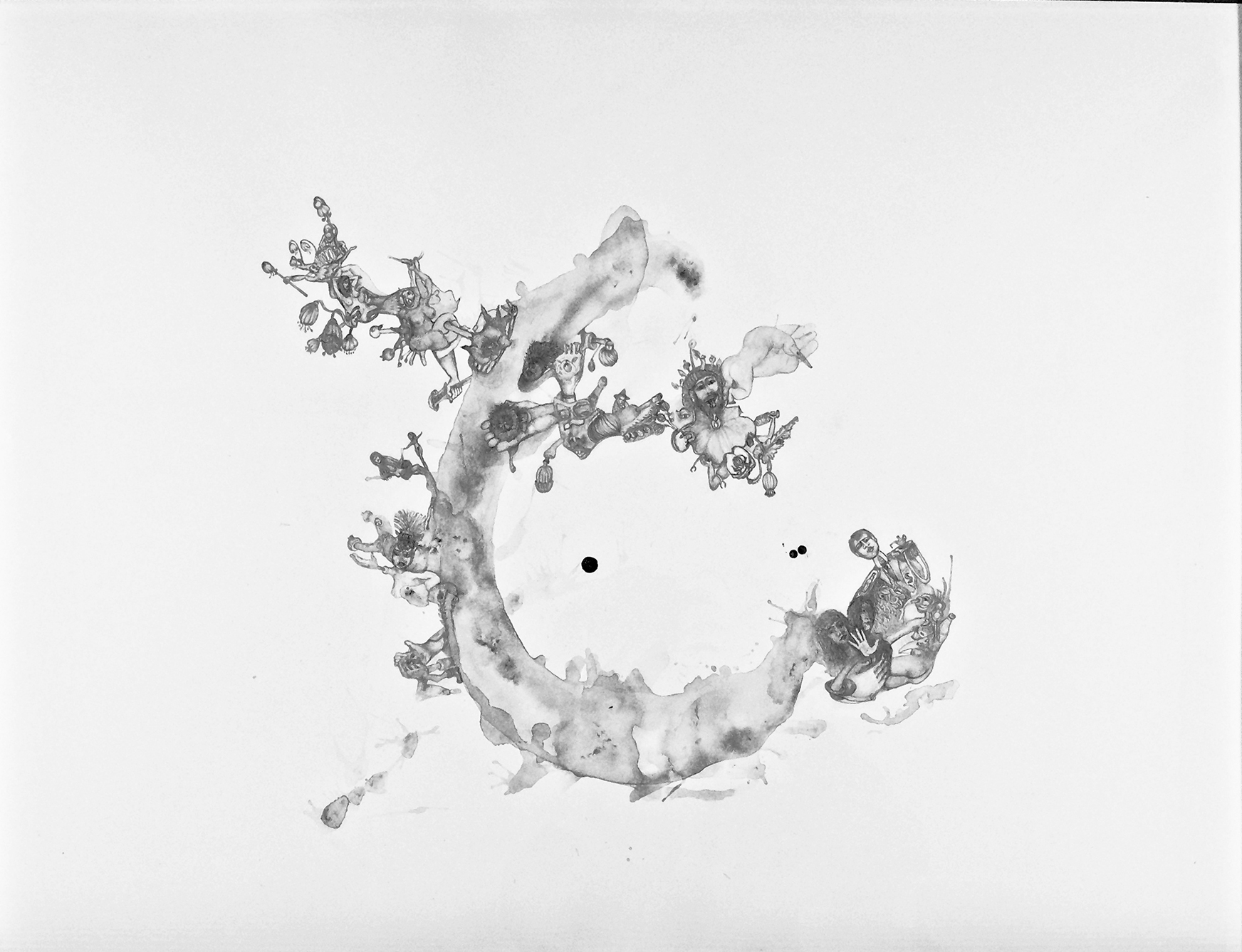 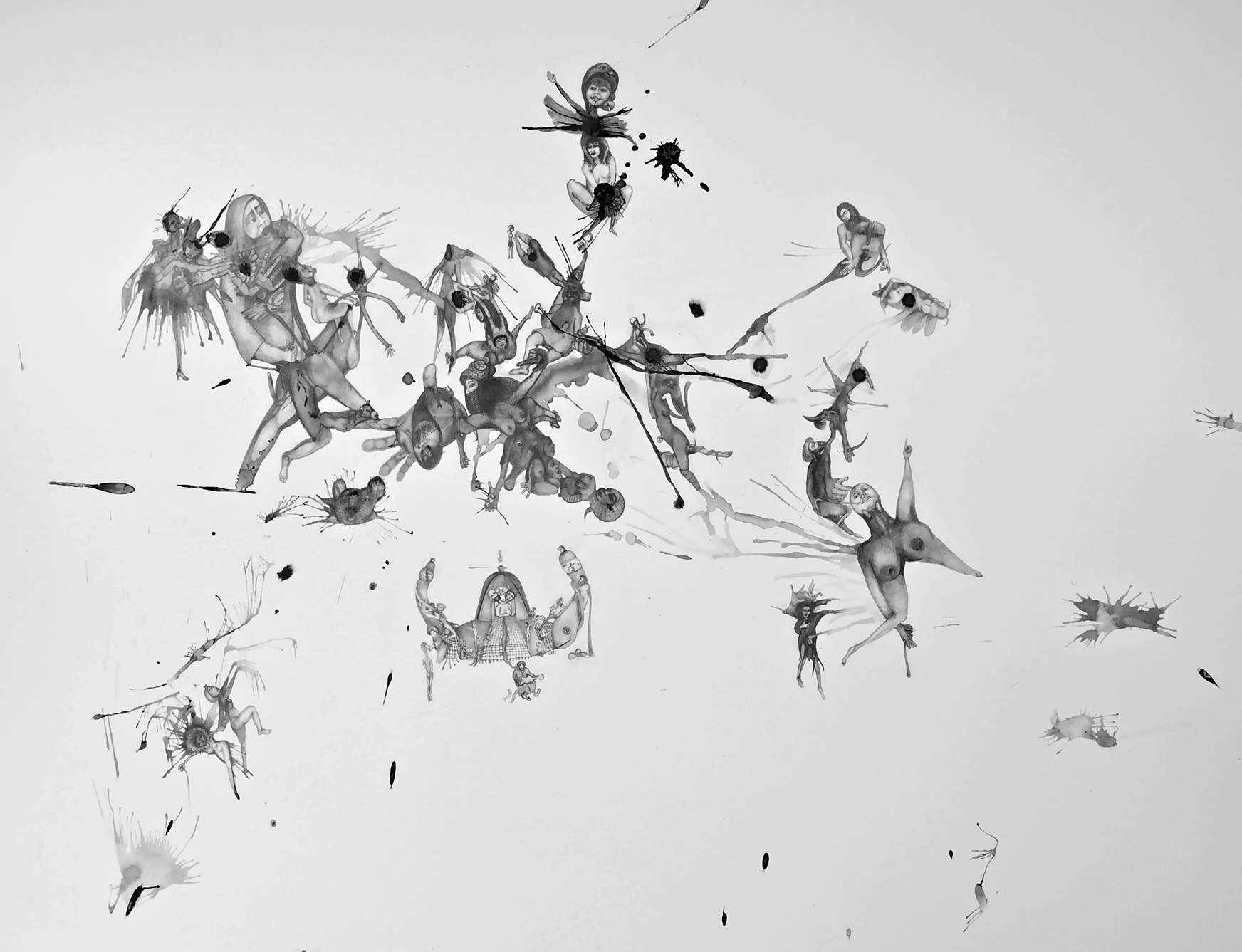 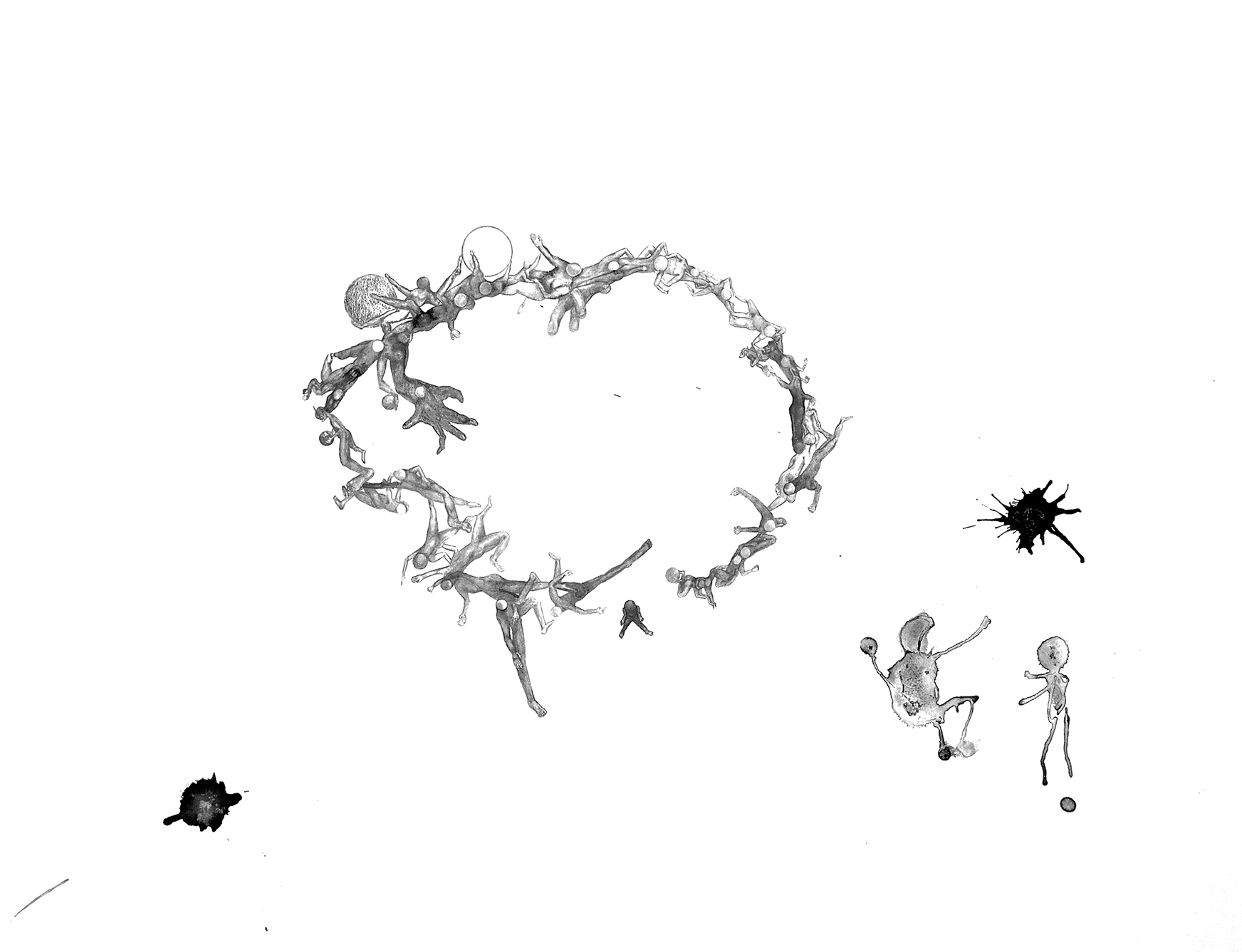 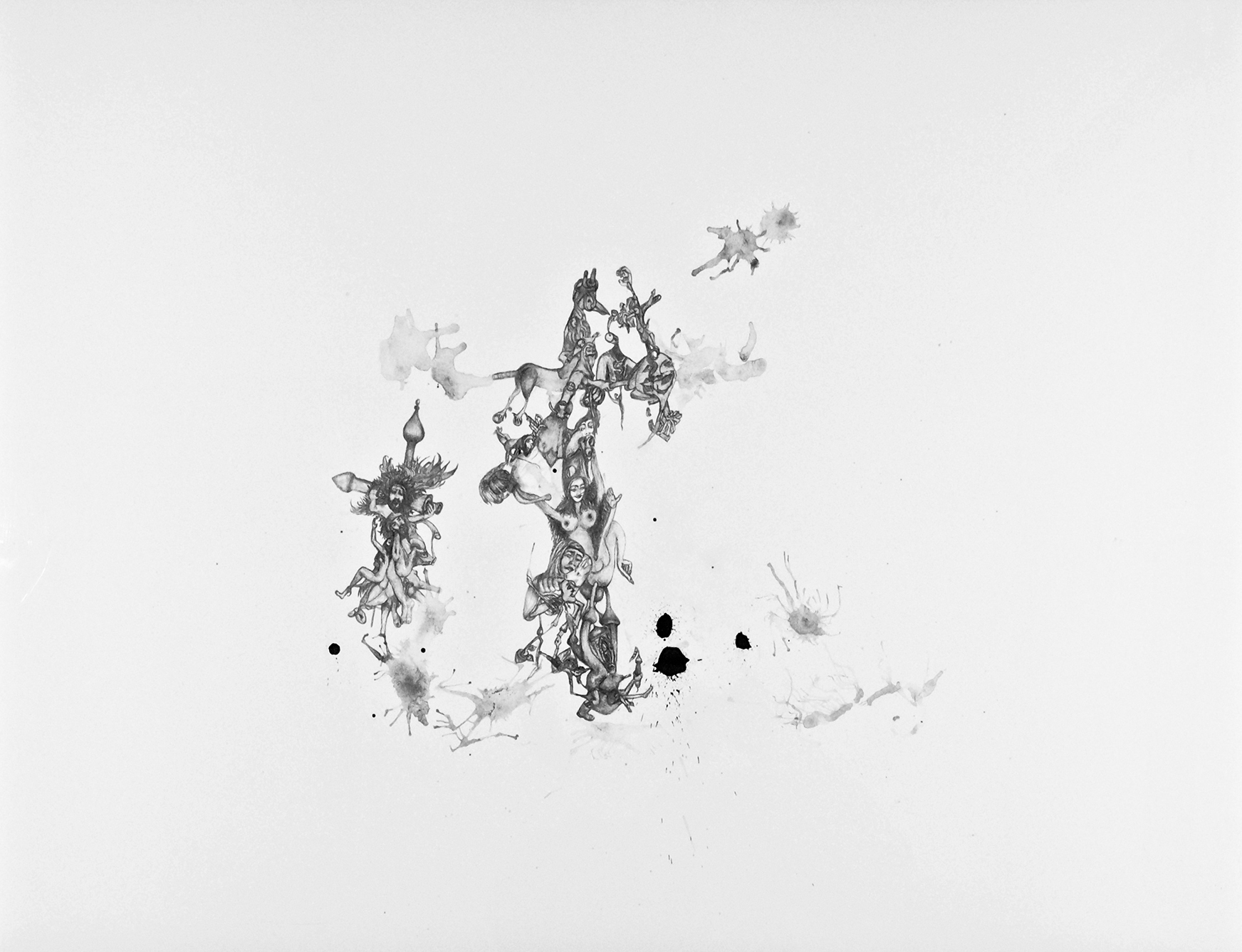 Deleuze's "Rhizome theory" holds that knowledge about the world is acquired freely and independently through a process of multiple non-hierarchical structures of representation and interpretation with no definite starting or ending point.
The flexibility of his concept gives me unlimited space for creative exploration. An idea that responds to my needs in a very special way.
While I exhibited my video works and installations actively and world wide, for some years it was not very well-known that I also use the medium of drawing since a significant number of years. Since the middle of the last decade, my drawings also often deal with aspects of identity and the complex of seeing and being seen. In the drawing series Fresh Me (2003/10) for example I use ethnological sketches from the prime time of “Orientalism” and reinterpret them, also by giving the clichéd male protagonists my own facial features. In the series Carrying Man (2012) I show myself during various attempts to “master” a suitcase, which is a symbol from my early performances. The series includes my attempts of blowing up the suitcase, of using it as a backing during the attempt to hang myself, or of using it as a rowboat to move away. In recent time, drawing becomes the center of my practice. Often I use mixed media, e.g. ball pen and metal glitter on paper – like in the series Quartet Drawings (2011). A connective element in the series is a golden figuration in one of each drawing‘s corner that reminds us of an Oriental ornament but varies from it because of its irregularity and it strange content: The figuration reminds us of arms and hands threateningly sprawled out. Compared to the video performances, the drawings allow me a more complex depiction of the inner processes and the outer factors as a base for my protagonists’ actions. Recently, I started a new body of work that no longer include my own features but strongly relates to folklore and elements of (Iranian) fables and fairy-tales like Shahre Ghese (2012). The elements are in a way rather abstract depiction of particular stereotyped figures.