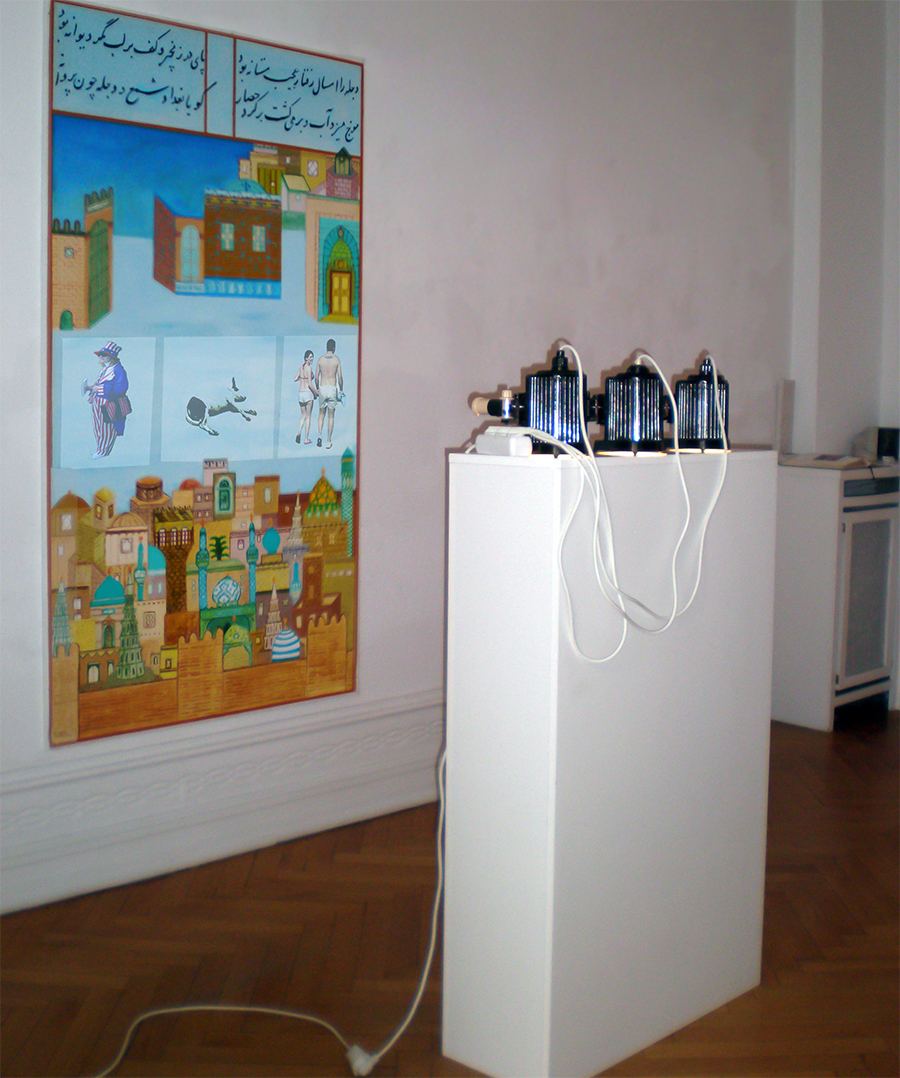 Pouva Magica, projection on painting, 2006
Foundfottage images are projected onto repainted Old Persian miniatures (after a poem by "Ubayd Zakani", who is considered one of the best satirists in Persian literature) using a "Pouva Magica".
The projector (Pouva Magica)that he used is an obsolete model built and used in the former German Democratic Republic (GDR) between the years 1946-1980. This type of projector was mainly used to project silent children’s fairy tales or for home entertainment and had to be operated manually..
"Pouva Magica" appeared at the following exhibitions 2009: Shahre Farang — Gallery KunstBüroBerlin, Berlin, Germany