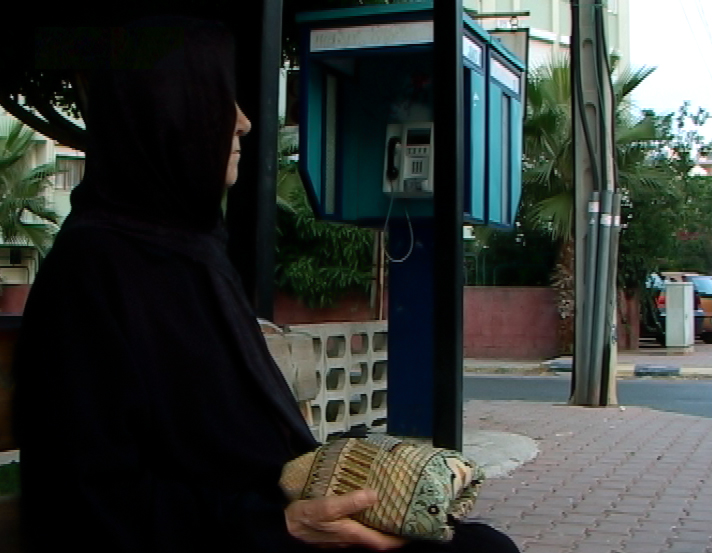 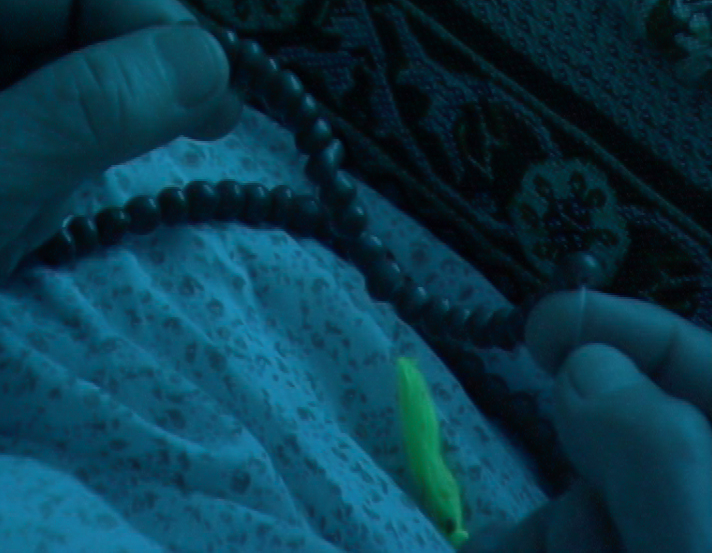 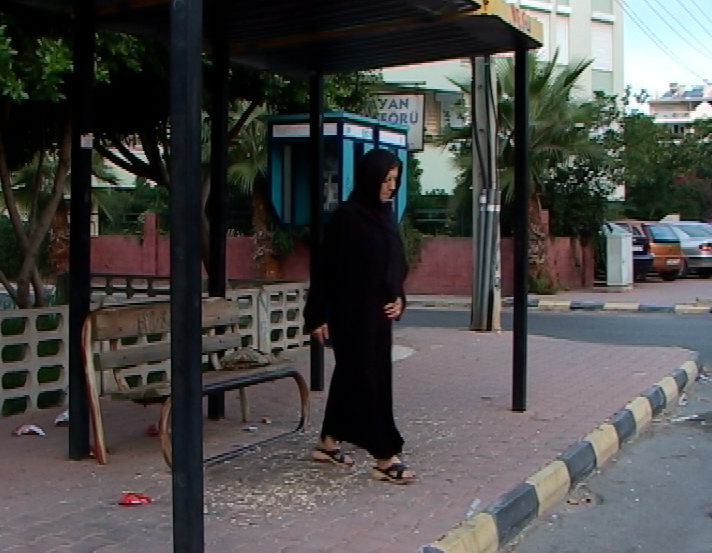 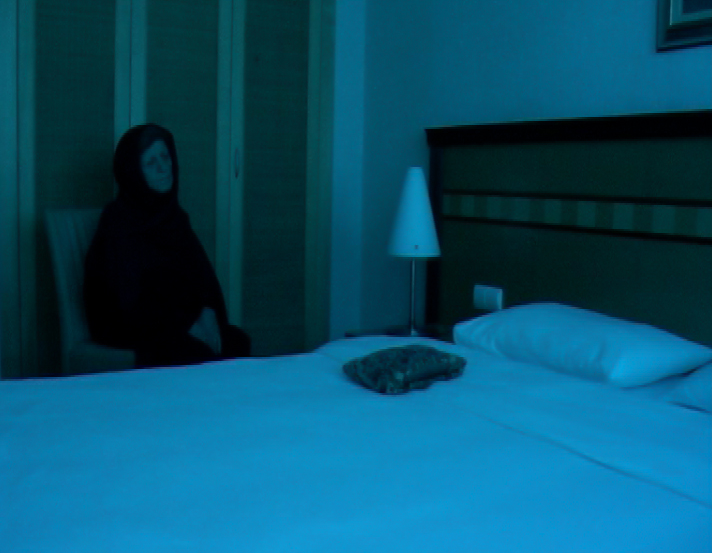 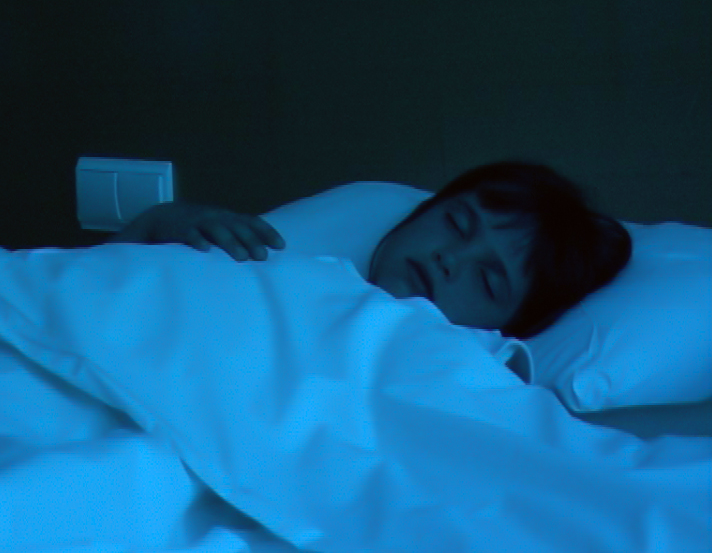 Entekhabi, whose practice has been defined by an interest in how Middle Eastern cultures in Western society are marked puts forward a unique perspective in his latest work on any fixed ideas concerning femininity and masculinity. The artist has previously created a body of work using his own body to enact various performances, both video and photographic, disguising himself in a variety of different migrant stereotypes ranging from exile to Islamic fundamentalist or militant figure. These performances, through their humour and irony, toy with stereotyped ideas about ethnic migrants and their perceived masculinity which parallel those of migrant women in the West as either docile or rebellious or sacred or profane. However, in recent video works, Entekhabi has been seen to divert his attention in light of the current climate to reflect upon the “feminine” domain in a post 9/11 climate and this is evident within his most recent experimental film work Mimra (2005).
Mimra features three generations of Iranian women, whose relationship and identities are never disclosed, neither is the location, which could be any Middle Eastern urban town ranging from Tel Aviv, Amman or even Cairo. The main scenes take place in three rooms of a hotel. In one room, a young girl is sleeping and is woken by an unknown phone call which causes her to run from the room. In another room, a woman is painting her nails a dark shade but the scene is cropped to show just her hands, which are contrasted by the stark white colour of the bed linen. In the third room, an elderly woman is preparing to perform her Islamic prayers placing her prayer mat and prayer beads in front of her. Each scene is dimly lit with a blue tone increasing a feeling of tension. One expects some form of confrontation. The film, however, defies any narrative structure and instead employs a non-linear technique which highlights this sense of non- completion. The film concludes with the elderly lady walking out of the hotel with a package, past a security machine which is activated, towards a bus stop sign posted ‘Mimra’ where she leaves the unknown package and walks away.

Mimra is an overt commentary on the ideas of suspicion and terror, where the presence of terrorist insurgents is creating a state of emergency not just in the West but within the Middle East itself. In this climate everyone is a suspect, but in this realm of terror, the perpetrators are assumed to be largely men. Entekhabi reverses this notion by creating a scenario that is entirely feminine and in doing so challenges stereotypes concerning masculinity and Islam. At the same time, the film could be read as a feminist form of resistance against ideas concerning the role, limited mobility and exchange of women in patriarchal Islamic states. There is a resemblance between Mimra and Gillo Pontecorvo’s classic film Battle of Algiers (1965) in which female protagonists play a crucial role in the Algerian Revolution against the French colonisers. However, Entekhabi’s film is neither a set nor a definitive revolutionary account and the women do not reject their Islamic attire to perform so-called acts of resistance as they do in Pontecorvo’s film. Entekhabi’s portrayal is completely fictional and far more conceptual than Pontecorvo who paints a portrait that depicts an actual historical moment. Nevertheless, the fascinating aspect of Entekhabi’s film is that it could also be an incident of life imitating art as the recent bombings in the Hyatt hotel in Jordan in November 2005, carried out by supporters of al- Qaeda, were executed by a middle aged couple, one of whom was a woman who represented the least likely protagonist to carry out such atrocities. Her fate was not that of a martyred suicide bomber as the bomb failed to detonate but as the perpetrator and co-conspirator of these events, exposed in a public display on Jordanian TV. Entekhabi toys with deception and identity questions but succeeds in undermining some fixed ideas concerning femininity and Islam that are rooted in its gendered constructions.
Travelling Lightby Sara Raza
Excerpt from the article in "n.paradoxa", volume 17, Jan 2006 /

"MIMRA" appeared at the following exhibitions and festivals, among others: