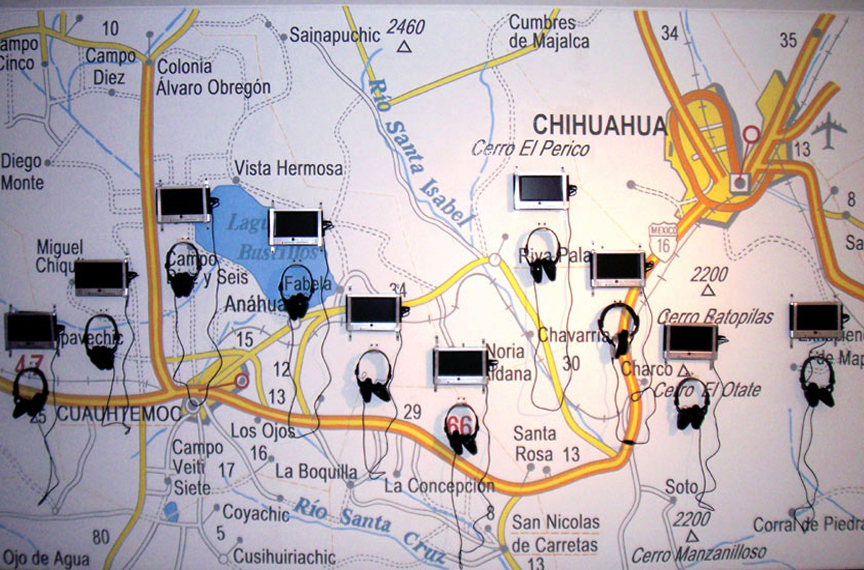 Menonitas en Cuauhtémoc #2
In the last 30 years, the so called Community Art became a very common and widely used artistic praxis. The methods to stabilise the artistic process of involving the small communities included the highlighting of their social and ethnical situation on the one hand and using the new media for documentation on the other hand. Often, the artistic process also included an intense research of social phenomenon and led sometimes to a discovery of unknown or hidden information. In the mean time the praxis of so called sensationalist journalism became more aggressive - due to the needs of a media landscape with non-stop broadcasting of information on aspects of politics, economy, sports, the illustration of the everyday life, super stars and new formats such as "docu soap" or reality TV. Art of the so called "ethnographic turn" that has a documentaristic attitude, shoul.d face this rapid development.
Looking for "M" is a project responding to the artistic and media development.
It is a response to the numerous works about the situation of migrants and migratory processes in a globalised world that are trying to explain their situation. Looking for "M" is some kind of restart and an experiments to develope an alternative way to handle the development.
Looking for "M" project will open a natural view to "looking for" those minorities without creating an "Artistic self portrait of the community". Looking for "M" project will offer the possibility of interactivity so that the audience can make its own portraits of the community - reflecting the information given by the community itself without the director's "censorship".
Looking for "M" will invite the audience to participate in the artist's journey during his search to find the "Mennonites community".
Part one is a video which is an adventure in a small city in the North of Mexico that is surrounded by Mennonites colonies. A journalist arrives in the city, obviously looking for somebody. He meets several people asking them to show him the way to find the Mennonites. In the mean time the Mennonites are doing their daily routine. Finally they meet, but there is noting to say, just silence.
Part two is mapping the research on Mennonites. The mapping will illustrate the information giving by the communities and found footages.