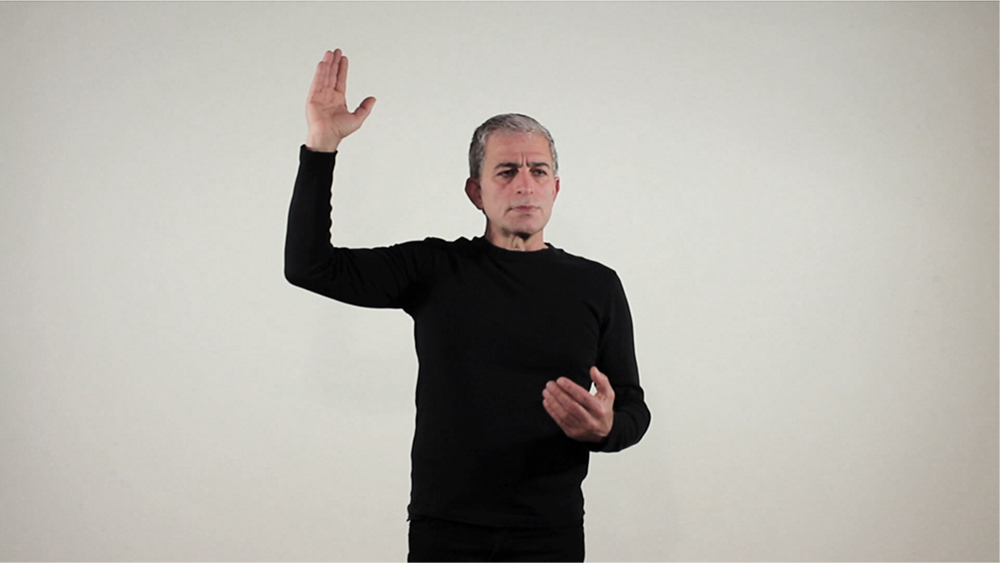 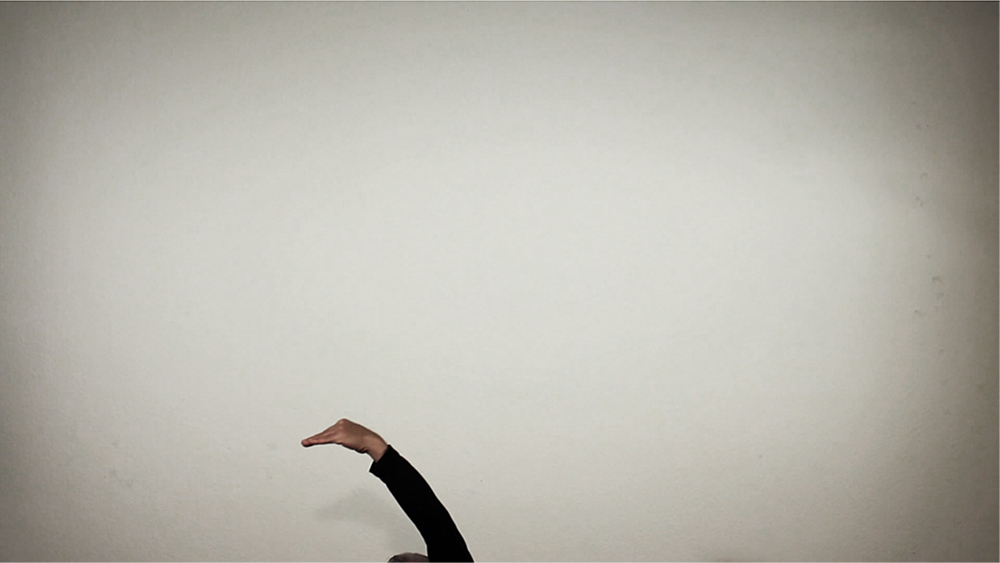 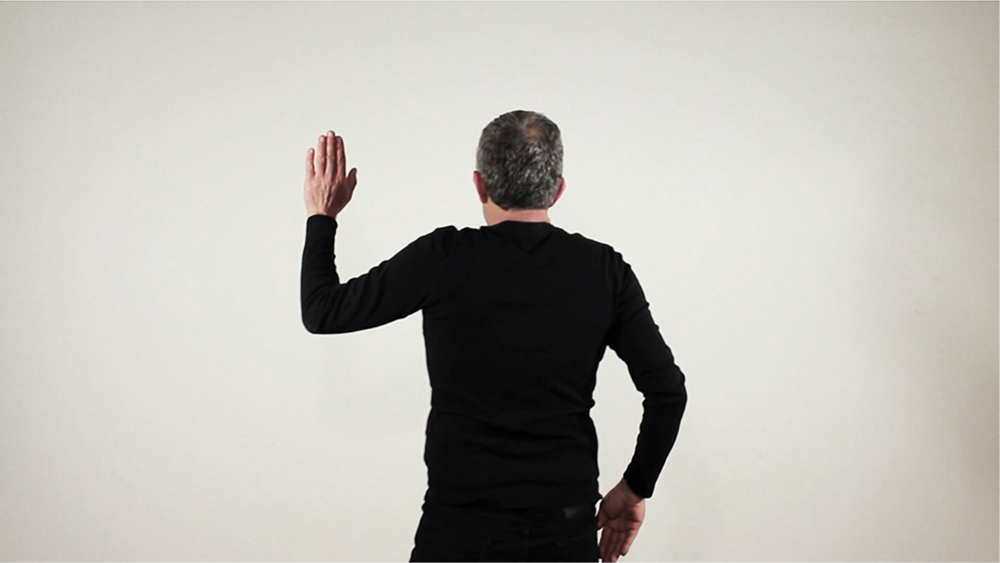 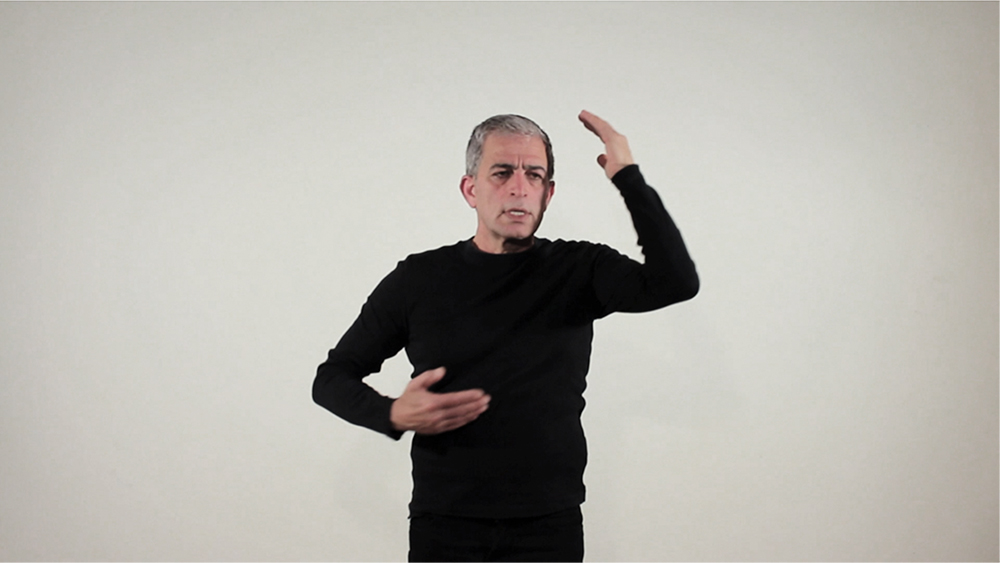 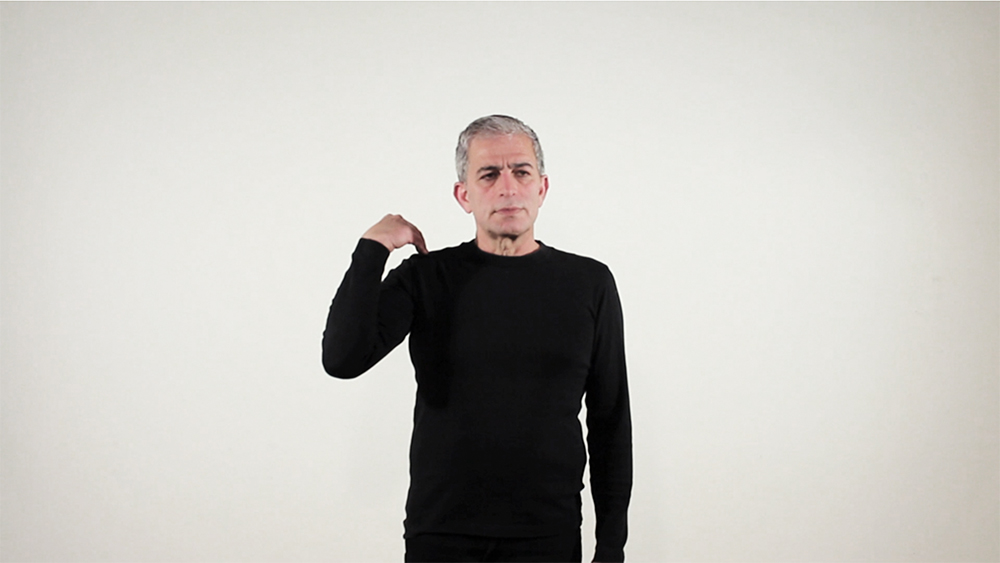 I Am John Galt (Re-Enactment): In essence, in this video Shahram Entekhabi takes a humorous and scrutiny look at John Baldessari's video performance I am Making Art from 1971 and at the same time critically comments on the speech of the main character "John Galt" in "Ayn Ran"s novel, Atlas Shrugged.

John Galt, the fictional character from "Ayn Ran"s novel, Atlas Shrugged, has come to embody the individualist capitalist who acts in his own enlightened self interest, and in doing so lifts the world around him. Galt is acknowledged to be a creator, philosopher, and inventor of capitalism who symbolizes the power and glory of the human mind. "I will stop the motor of the world" John Galt sworn and led the wealthy industrialists into the revolution of "reason and individualism". This "Prometheus who changed his mind", as Ayn Rand described the Atlas Shrugged ‘superhero’, was meant to inspire objectivism as ‘evaluation of the facts of the reality by man’s consciousness according to a rational standard of value’ (Ayn Rand, 1967). John Galt is made the bearer of the light of capitalism as the "only system based on an objective theory of values" (Ayn Rand, 1967) and in this quest, he gathers the most powerful industrialist and entrepreneurs who follow his lead towards "new capitalism".