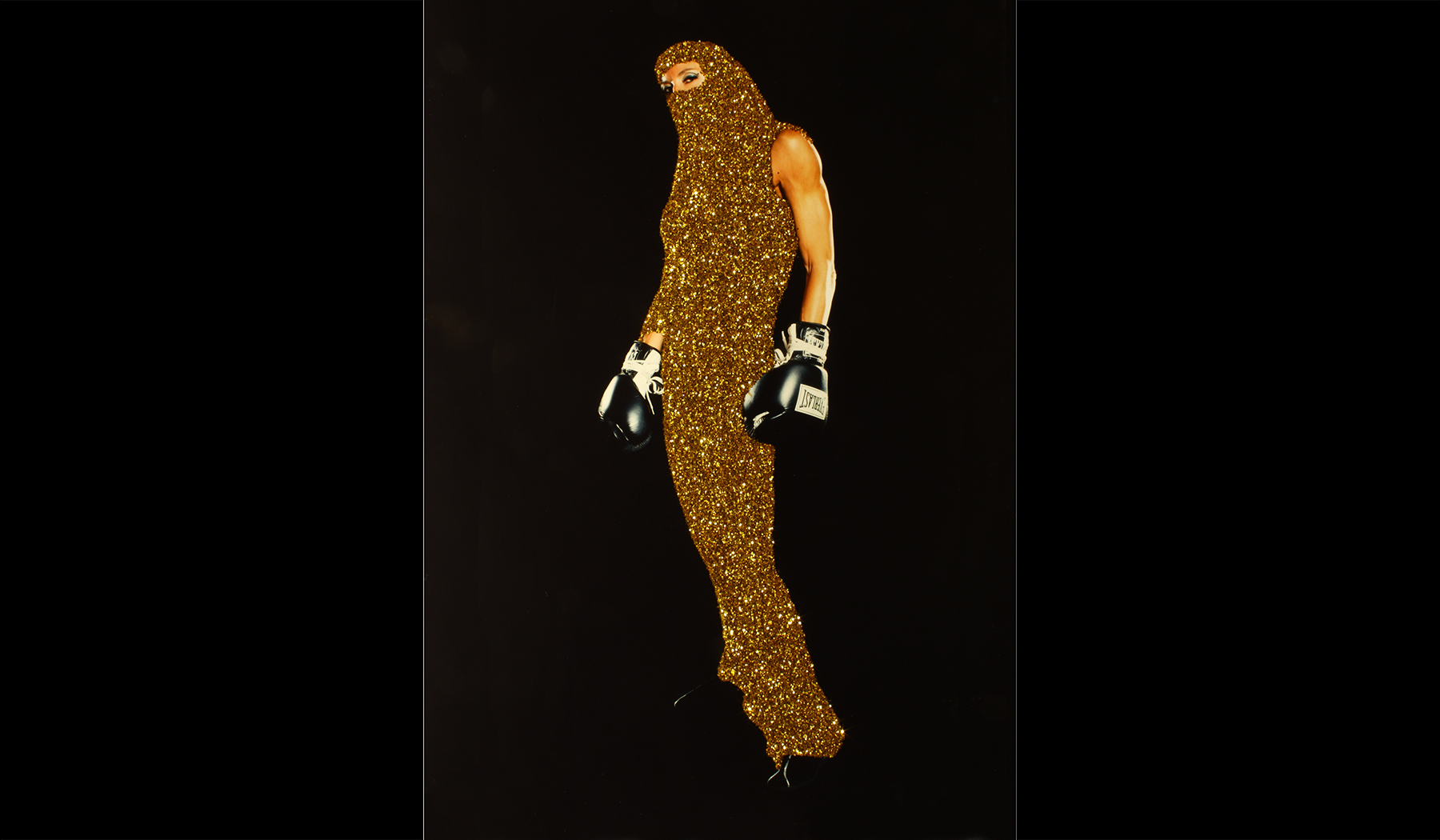 Golden Edition, 2011
Acrylic and Metal on Photograph, Limited Edition of 50, 2 A.P., 30 x 44 cm.
For the past years, the chador as well as the burka or the head shawl as such became the symbol of an ongoing public dispute between the defend- ers and offenders of this particular “dress code” within the European soci- eties, as well as within the societies of the Middle East that sometimes re- gard it as a possibility to express aspects of an Anti Western identity based on some blown up words from the Qur’an. The piece of fabric was over and over filled with meanings and opinions. In my perception as a result, its meaning as such moved towards zero. This is the reason for my Golden Edi- tion. Its gold does not refer to the precious metal but to the glitter of total emptiness, to the pure surface. Golden Edition appeared at the following exhibitions and festivals, among others:
2012: Abwehr, Vögele Kultur Zentrum, Pfäffikon, Switzerland
2011: Rhizome, AB Gallery, Emmenbrücke, Lucerne, Switzerland (solo show)
2011: White Lies and Some Promises, AB Projects, Zürich, Switzerland
2011: Shahram Entekhabi - A Taste of Gold, Pristine Galerie, Monterrey, NL, Mexico (solo show)