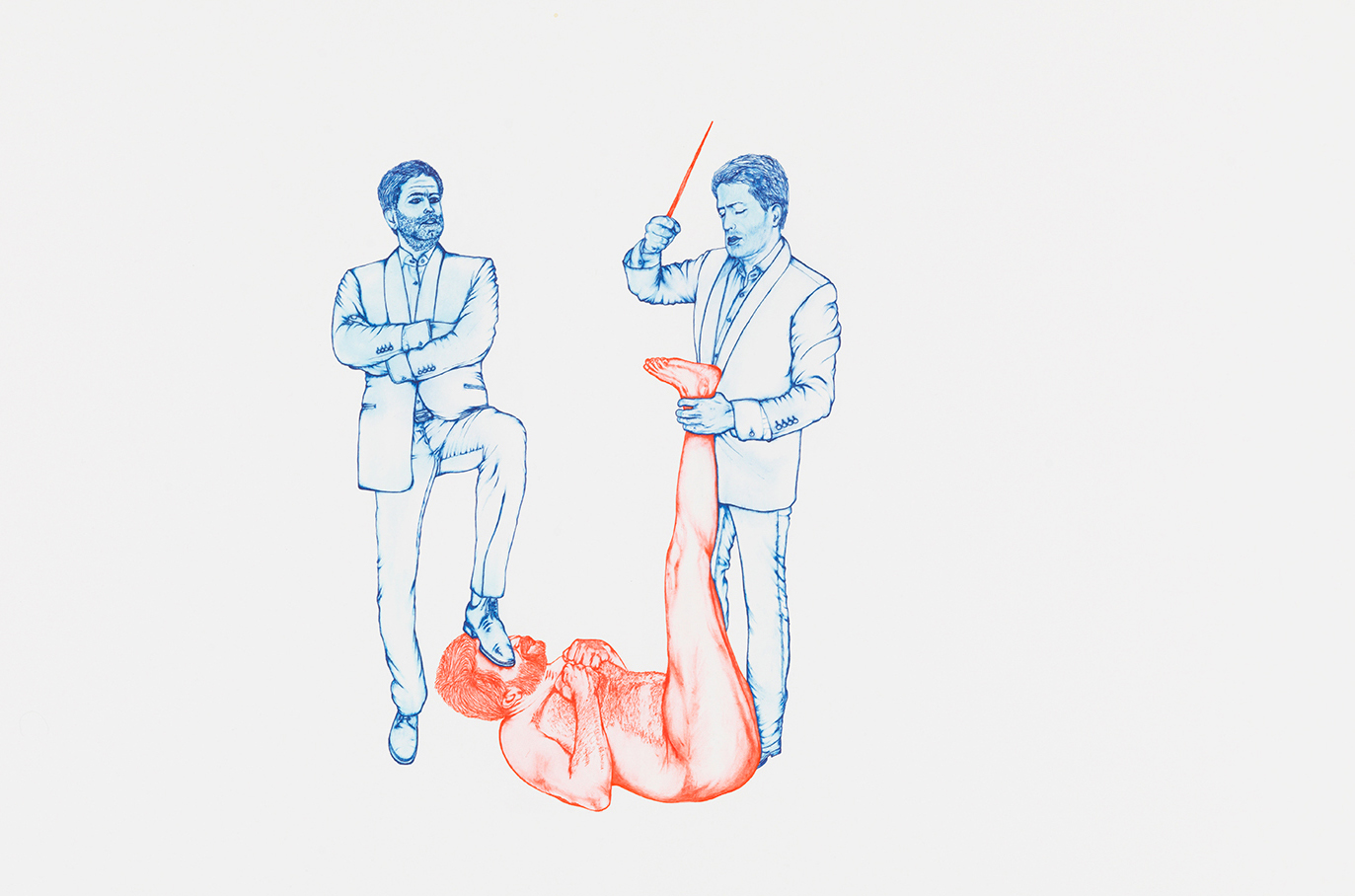 The role of torture in recent Iranian politics is the subject of the drawing. Although Iran has officially banned torture for 100 years, Entekhabi reminds us of its use under the dictatorial regimes of "Mohammad Reza Pahlavi" and now the widespread use of torture in public confessions under the Islamic Republic government.

∗ The Falak (Feet Torture) is part of the permanent collection in the Artothek, Neuer Berliner Kunstverein (n.b.k.), Berlin, Germany *