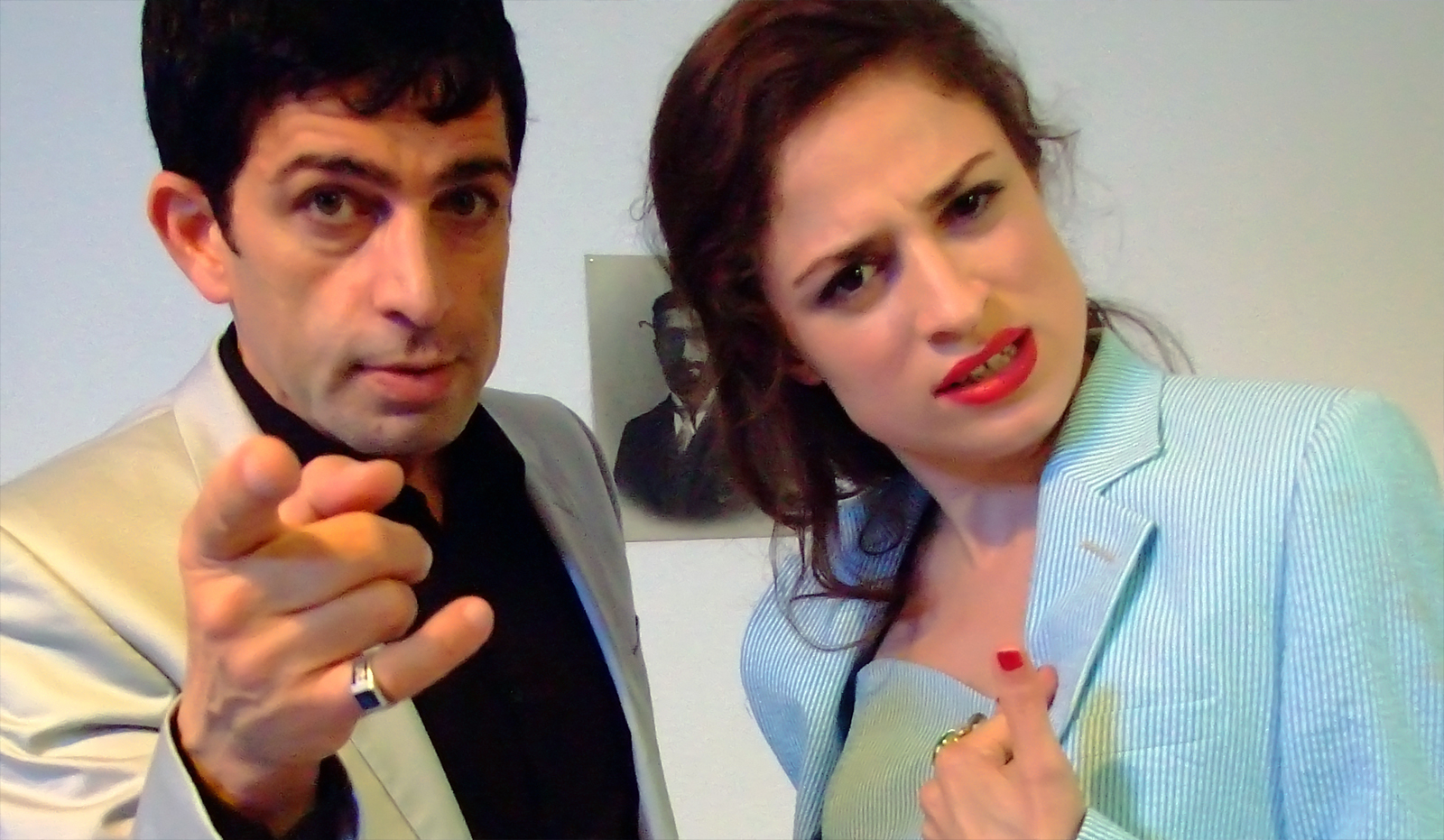 ‘Dead Satellites’ is an expression defined by Shahram Entekhabi for a certain culture within the migrant scene. In an astro-scientifical context, the term ‘dead satellites’ stands for satellites that are out of service, but still circling around the earth without destination. The title refers to those people, who left their home countries and practice certain cultural traditions in an exaggerated way. By this, the traditions lose their origins and are unveiled in a way of total hypertrophy. This exaggeration mixes up with a deep feeling of discomfort and mistrust against the ‘host country’. As result there are ‘dead satellites’, rootless, in two ways: they are without any context to their home countries and live in a partly self-decided, partly forced isolation additionally to their situation in the new country.
Further interracial tensions are stoking between the groups of migrants since the European enlargement.
The three parted video performance ‘dead satellites’ tells the story of a muslim couple, dressed up in western clothes, who are filled with hate against the ‘white’ race in their environment. During the three chapters, ‘bint ‘amm’ (inbreed*), ‘Jungle Fever’ (after a film by Spike Lee, that deals of the love and compassion between the races) and ‘Familycide’ (an expression for a committed murder on relatives), the conflict potential between the partners gets worse as result of the Dead Satellites-situation. It evaluates into a bitter battle.
*a wide spreat practice in the orient

"Dead Satellites" was exhibited at the following solo shows, among others: